What the papers say

The Stage: Ian Westbrook’s settings are a riot of perspective.

The Reviews Hub: Ian Westbrook’s staging never disappoints and throughout his sets are bright, fresh, exotic and carefully detailed.

PETER PAN: Bradford Alhambra
The Reviews Hub: The sets are bright and colourful and they throw everything at the audience
ROBIN HOOD: Mayflower Southampton

Visually, Pantoland at the Palladium is a glossy, striking affair. Ian Westbrook’s set design, – resulting in a grand variety show to honour Palladium pantomime as an institution.

“Since the Palladium pantomimes have come so close to just being flat-out variety shows in their five-year recent history, why not just abandon any lingering fig leaf of fairytale and get on with the bawdy or spectacular or beau tifully bananas set pieces?”
Posters from pantos past adorn the Palladium’s proscenium from 1973’s Jack and the Beanstalk starring Frankie Howerd and Dora Bryan to 1987’s Babes in the Wood with Barbara Windsor and John Inman. From Norman Wisdom to Tommy Steele and Julie Andrews to Cilla Black, the show is literally framed by its illustrious heritage. 2021 adds a new name to the pantomime pedigree, and one that made his
UK première almost 50 years ago on the Palladium stage: Donny Osmond.

PANTOLAND at THE LONDON PALLADIUM

The Mayflower’s pantomimes have built a reputation for being blockbuster spectacles – and justifiably so. The production values are as slick as ever, the sets and costumes dazzling, and there is a very impressive special effect to end the first act that had our boys out of their seats.

Chris Broom of The Southampton News

Visually spectacular, the performers are all adorned in dazzling, colourful costumes which complement the stunning scenery and lighting. 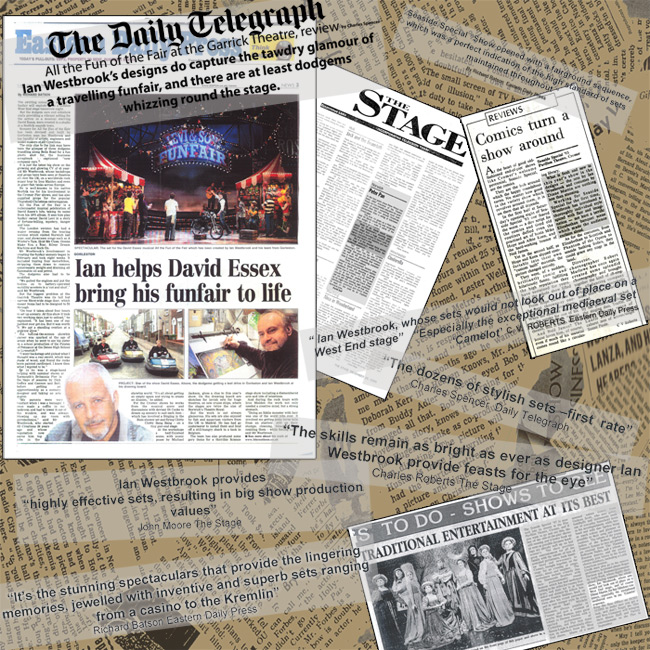 Article: From Pirates of the Caribbean to The Italian Job

This website uses cookies to improve your experience while you navigate through the website. Out of these, the cookies that are categorized as necessary are stored on your browser as they are essential for the working of basic functionalities of the website. We also use third-party cookies that help us analyze and understand how you use this website. These cookies will be stored in your browser only with your consent. You also have the option to opt-out of these cookies. But opting out of some of these cookies may affect your browsing experience.
Necessary Always Enabled
Necessary cookies are absolutely essential for the website to function properly. This category only includes cookies that ensures basic functionalities and security features of the website. These cookies do not store any personal information.
Non-necessary
Any cookies that may not be particularly necessary for the website to function and is used specifically to collect user personal data via analytics, ads, other embedded contents are termed as non-necessary cookies. It is mandatory to procure user consent prior to running these cookies on your website.
SAVE & ACCEPT